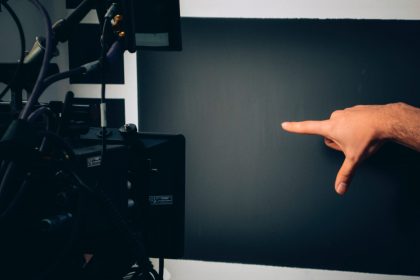 The BBC’s on-line news service reported recently how, following the refinement of new digital techniques, product placements may soon be added to classic films; indeed, it suggested that no filmed footage was immune from this, and that the music industry, badly affected by both declining CD sales and Covid restrictions on live performing, might embrace the chance to gain revenue from product placement.

Older readers might also remember the clever 2005 commercial issued by Volkswagen for its then new Golf GTI; this featured not only a re-mix by Mint Royale of Gene Kelly’s recorded performance of “Singing in the Rain”, but also a remastering of the dance sequence, using masks and digital techniques to impose Gene Kelly’s face on the actual “breakdancing” performer.

Aside from the obvious copyright clearances that would be needed to re-sequence or change audio tracks and video footage, there are other, perhaps more difficult, areas of clearance. The Guardian reported in 2005 on the production team’s need to persuade Gene Kelly’s widow that the commercial would be faithful to the famous scene from the 1952 film of Kelly dancing along a rainy street.

The BBC’s article reported that, for instance, older musical groups could make new money by agreeing to the digital addition of branded items to their old music videos; or even the later replacement of one branded product appearing in a video with a more recent version of the item. Or new design clothing could be added without the group actually having to wear it or to re-film the video.

It reported on one singer who had agreed with a brewery company that it could add the brewer’s bottles and logos in the singer’s music videos.

Perhaps producers of these “commercials” should be a little cautious: many artists restrict the use or association of their names and likenesses in their film contracts in certain product areas, such as tobacco, firearms and alcohol. Producers would need also to tread carefully to avoid a potential claim for false endorsement or – in certain territories – infringement of image rights.

And let’s not forget our old friend “moral rights”. Film directors (and performers) have, inter alia, an integrity right – that is the right to object to the derogatory treatment of their work or performance. Would John Landis or Michael Jackson’s Estate be happy with the digital introduction of product placement into their 1983 “Thriller” music video? Indeed, would they be happy for it to be re-sequenced to advertise a new car?